I rather enjoyed sharing the Thatcher Effect Illusion with you the other day and so I thought I would post another optical illusion for you today. This time it’s the Negative Image Illusion. Below you will see an oddly coloured picture of a tiger with a yellow dot on the side of its face. I want you to focus on that yellow dot and count to thirty, and try not to blink. When you get to thirty immediately look at the white space to the right of the picture. What do you see? Cool huh. You may find that blinking at this point makes the illusion last longer. 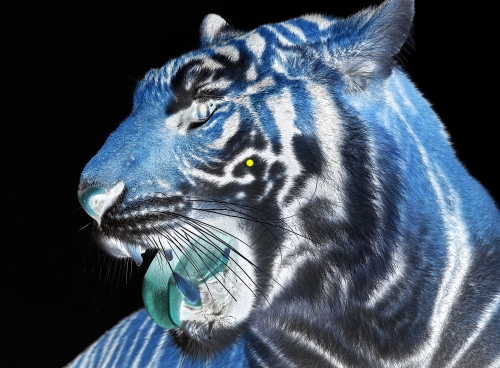 So what happened there? Click below for the science.

When you stared at the picture of the tiger the photoreceptors in your eyes that correspond to the blue and green colours became fatigued from over use and so started to fire at a reduced rate. When you then shifted your focus over to the blank area of the screen the photoreceptor cells for the opponent colours were momentarily firing at a higher rate than the blue/green cells. This caused your brain to think that it was seeing an image of the opposite corresponding colours, in this case oranges and yellows, and thus a correctly coloured tiger was born.

UPDATE – 25/06/12 – Ok it has been pointed out to me that the tiger picture doesn’t work very well for everyone, as such here is another image that, at least for me, seems to work a bit better. Let me know which one works best for you. 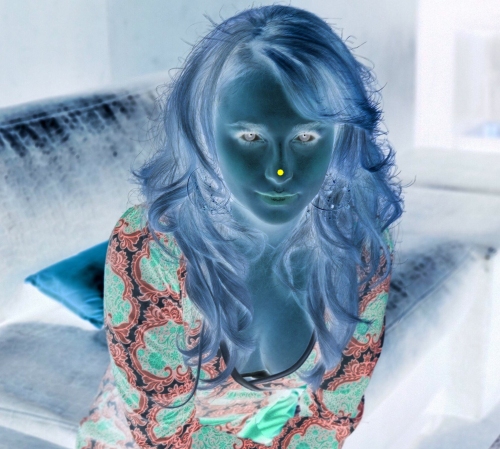