Andrew Dart has a Master’s Degree in Psychology from Anglia Ruskin University in Cambridge, which sadly does not give him the ability to read minds. His titles include Little Words of Wisdom, a cosy mystery novel set in London, and Building your Skeptical Toolkit, a beginner’s guide to science, skepticism, and critical thinking skills, which was described by one five star reviewer on Amazon as being “as described by merchant“. He is part of the team that runs Cambridge Skeptics, a not-for-profit community organisation promoting science, positive skepticism, and critical thinking skills via public engagement. When not writing, which is most of the time, Andrew likes to play both board and video games (he is bad at both), write pointless computer programs, and engage in ridiculously in-depth and pedantic world building projects. He is fond of quoting The Princess Bride, and various other popular movies from the 80s, though he usually gets the quotes wrong in some way (inconceivable!). Andrew lives in a small village outside of Ely with, in no particular order, his partner Ellen and their cats, Millie and Lulu.

One Response to "About"

The least questioned assumptions are often the most questionable~Paul Broca 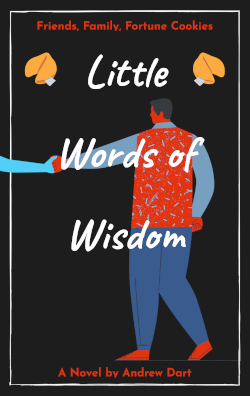 Despite the fact that I forgot all about it and ha