So yeah, this is a thing I am doing in the worryingly near future. I really need to get on with writing the talk…that and working out why I volunteered to do it in the first place. So if you would like to come along and listen to me talk about skeptical and psychological stuff, probably while sweating profusely, then the details are below.

Your Brain Hates You – A few ways in which your brain will trick you if you let it.

Cambridge Skeptics in the Pub 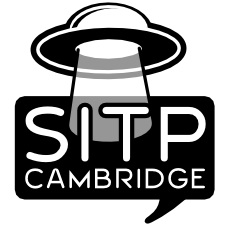 What’s the talk about?

Your brain hates you. This is the only conclusion I can come to given how many tricks it will play on you if you let it. This talk will cover just a few of the many, many ways in which our brains try to deceive us on an almost constant basis. Drawing on the extensive psychological literature on these topics and presenting a number of worrying, and often humorous, real world examples of what happens when people fall for these tricks, this talk will look at how our brains will not only show us things that aren’t there but also remember things that never happened.

Andrew Dart has a master’s degree in Research Psychology and spent four years studying how pre-existing religious and paranormal beliefs literally affect the way we see the world around us. He is the author of a beginner’s guide to skepticism and a science book for children and is currently working on a novel. He works as a support technician for a software company where he spends as much of his day combating bad logic as he does technical issues. When not doing this he can often be found wandering the byways of Cambridgeshire, reading books, watching philosophy videos on YouTube, and writing pointless computer programs.

Nothing exists except atoms and empty space; everything else is opinion~Democritus